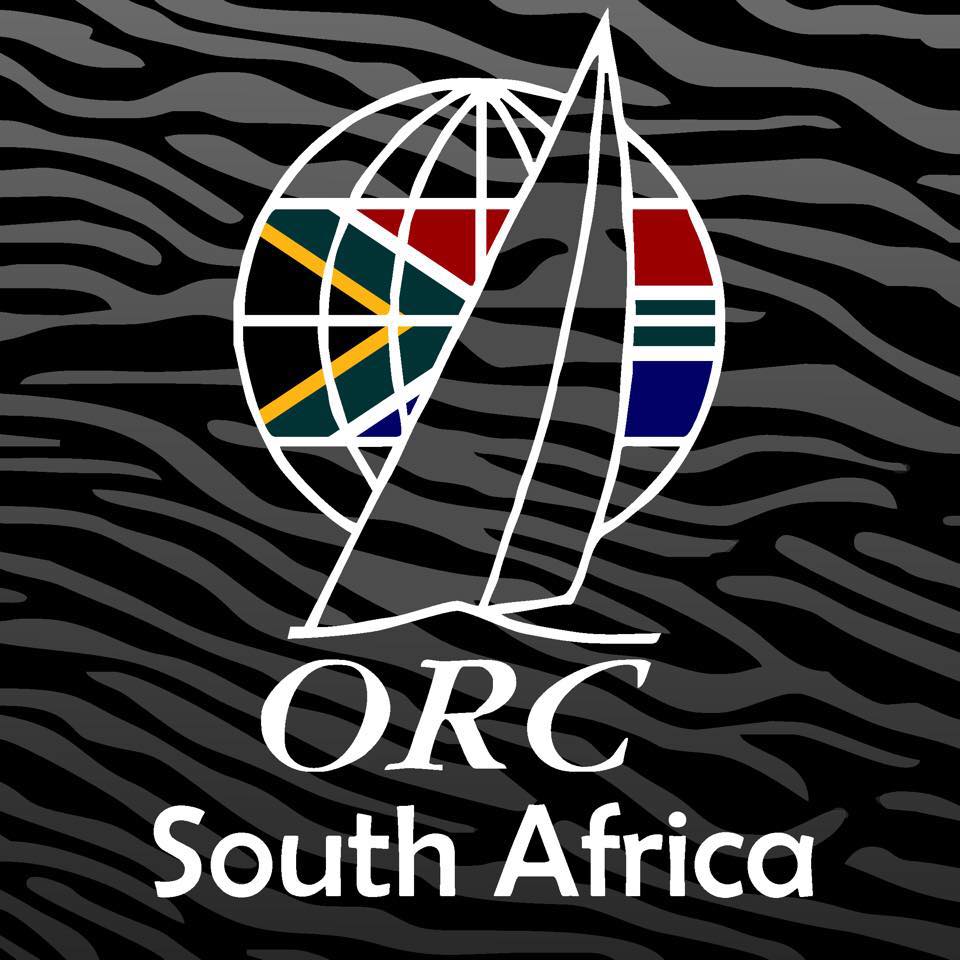 The current thinking is to move away from the localised club handicap systems that are in use throughout South Africa.

All of the major clubs and events are working toward the ORC system in South Africa. There is an unbelievable offer on the table to get your yacht registered and measured for free for the initial certificate.

.Renewal of your ORC Club certificate:

TIME CORRECTED: THE PROPOSITION FOR A NATIONAL KEELBOAT RATING SYSTEM

Yacht racing between yachts of different shapes, sizes, speeds and designs necessitates the need for a handicap system, if the intention is to race together and establish who sailed their yacht fastest in relation to its own potential and in relation to the different yachts around it. The only useful outcome of a handicap system would be that equally well prepared and well-sailed yachts would achieve a very similar corrected time after the application of their handicaps. This makes for competitive sailing between well prepared and well sailed boats. Having a uniform handicapping system in a region, country or internationally, opens the way for broader competition, on a level playing field. South Africa does not have one system that has wide acceptance. The IRC fleet has been focussed on the higher end of competitive sailing here, and has not captured the imagination and support of a wider sailing audience. The RCYC RRD system has stood up in the Western Cape for many years, but this relies on volunteer input and is sometimes a bit too close to home when it comes to inevitable bar talk ramblings and when the knives are out looking for excuses for performance on the race course. Inland, a number of club level TCF/PHRF systems exist, like LDYC NKA TCF. In KZN, there is also a mix of systems including IRC, DRS and DPRS…perhaps it’s time for us all to converge towards a single national handicap rating system? Here is an excellent option…

The Offshore Racing Congress [ORC] presents a rating system that is based on each yacht’s sail, hull and rig measurements, as well as the hull design shape, which is tested by an ever evolving Velocity Prediction Program, to establish a fair estimate of the yacht’s performance across a variety of wind strengths and points of sail. All of this data is presented on the rating certificate, and the General Performance Handicap [GPH] rating is expressed as a time, in seconds, that the yacht will take to complete a mile across a defined range of wind speeds and across a defined range of angles to true wind. This is a “time on distance” concept for handicapping.

Now, the numbers above are averaged across different points of sail and wind strengths. So what if you have a predominantly downwind race in strong wind; or a light upwind race? How can a single number calculate a fair rating? We know lightweight planing hulls fly downwind in a breeze, while a Miura plods along, albeit assuredly, at 5-6 knots, in almost all winds…

Because ORC is based on the powerful Velocity Prediction platform, race specific ratings can be assigned for windward leeward courses, for circular random offshore courses [this is where there is a roughly equal beating reaching and running components], and for different wind bands. In fact, if you can accurately establish the conditions, you can tailor the rating to the exact conditions observed on the course, including wind angle and strength on each leg.

One of the many great things about the ORC system is that it is very open. You can log in to the website [orc.org] and access thousands of certificates, all showing measurement data and rating information. The ORC technical committee has regular input from leading yacht design offices internationally that give input into the development of the VPP. There are a number of leading designers who sit on the technical committee. The rule is published and the VPP software available to download. There is an ORC Club certificate and an ORCi [International] Certificate. The international certificate takes more measurements, including rigorous yacht inclination testing, into account. The club version uses many of the same measurements as an IRC endorsed certificate, together with a number of straightforward additional measurements. ORC has also more recently started handicapping superyachts and also issues the box rules for the GP42, GP33 and GP26 classes.

The Fling Regatta, sailed in Table Bay on 29-31 January 2016, trialled the ORC system alongside IRC, with dual scoring offered in the NOR. This resulted in by for that largest IRC entry this season, more than doubling the entries for the Spring Regatta and Cape Town Race Week, and one and a half times more than the IRC Nationals. Analysis of the outcome follows.

Measurement data was captured from the yacht measurements taken for the IRC certification, and the prescribed additional sail and rig measurements also submitted. 26 new ORC Club certificates were issued in the space of a week – most taking no more than a day after the submission of measurements. All ORC certificates, including their time allowance and speed guides, were posted in the main hall of the club house, together with the IRC certificates, to encourage scrutiny, debate and comparison. The rating page for each yacht is published on the ORC site, and can be downloaded for free. There are a number of Durban boats on the system too, from a 2014 rating exercise. Old measurement data for many yachts is stored in the ORC database, and these include many South African yachts from the 80’s and 90’s.

While the ORC system does allow for a number of different scoring options, which should be viewed as more accurate than the single number, for the purpose of the initial comparison in this article with the IRC rating [there is only one number on IRC], the results for the Fling Regatta were run using the ORC single inshore number for windward leeward.

To indulge in this brief analysis, it is useful to use Back Calculated Elapsed time [BCE] for each race. BCE is a measure of how much faster in real time a yacht needed to sail on the water, such that her corrected time is equal to the corrected time of the winning yacht. In the context of a rating comparison, the lower BCE shows an improvement towards a more compact or more competitive fleet in relation to their rating system. In analysing all 68 yacht finishes over 4 races in the IRC/ORC dual scored fleet, there were only 11 instances where the IRC-scored result resulted in a lower BCE than the ORC-scored result. The winning yacht in each race obviously cannot improve its BCE, so it is not counted unless the different ratings system returned a different winner.

In Race 1, with 18 finishers, 14 yachts improved their BCE on the ORC rated result. The winner remained the same, as did most of the finishing order.

In Race 2, with 12 finishers, 10 yachts improved their BCE on the ORC rated result. The winner remained the same, as did most of the finishing order.

In Race 3, with 19 finishers, every single yacht improved her BCE on the ORC rating, while the winner remained the same. The first 14 yachts all had BCE calculations within 3m46s of the winner on ORC; the IRC equivalent was 5m17s.

Race 4 was the only race where the rating systems returned a different winner on the single number scoring. There were 19 finishers. 12 yachts scored lower BCE’s on ORC, while 7 yachts scored lower BCE’s on IRC. The first 8 yachts all had BCE calculations within 3m31s of the winner on ORC; the IRC equivalent was 4m32s. Unfortunately, the wind died towards the end of the race, so the slower boats results and BCE’s were negatively impacted on both systems.

In the second analysis, we look at the ORC Inshore Triple Number scoring option for low, medium and high winds.

The first two races were sailed in very strong winds, and the International Race Officer, Stuart Childerley, declared that the ORC Inshore Triple Number for high wind was in use. The outcome was even more compelling, and in a closer band, than using the IRC single number. Over these 2 races, only 1 yacht in 30 finishes returned a lower BCE on IRC. 27 yachts improved their BCE on the ORC Triple Number High system. The winner in each case was unaffected, and the finishing order remained largely intact.

The following two races were sailed in light wind, with the wind dying out towards the end of the last race. The race officer declared that these were to be scored on the ORC Inshore Triple Number for low wind.

In Race 3, 16 out of 19 finishers scored lower BCE’s on ORC, and there were many positional changes amongst the top 10, reflecting very close racing. Similarly, in Race 4, there were a number of positional switches in the finishing order, and the fleet scored relatively evenly on IRC and ORC, with 10 improved BCE’s on IRC, and 9 on ORC.

Continued monitoring of results and dual scoring with those yachts that have an IRC certificate would provide more data for analysis. However, at the club racing level, there is no reason not to embrace the ORC Club rating around the country. ORCi and ORC Club are international rating systems recognised by World Sailing. ORC has rating offices in 32 countries and issued over 10,000 certificates in the last year. The central office supports 9 additional countries, including South Africa. It is possible and feasible to set up a local rating office in the near future, which will assist in controlling the cost of certification and manage the integrity of the measurement. The time is ripe to trial ORC with IRC and dual score in upcoming regattas and offshore events nationwide.

It will be very interesting to see how the above analysis and information is digested by our sailing community, with a view to gaining widespread acceptance and usage of this objective and open rating system across the country.